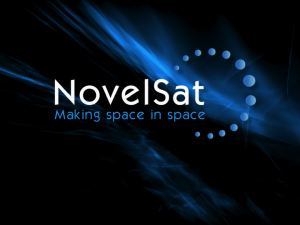 We are very excited to be working with NovelSat.

NovelSat has developed a breakthrough in Satellite Modulation/Demodulation technology.

The technology is called NS3.

Satellite broadcasting  initially was analog, then between 1994 and 1997 DVB-S was standardized and developed. In 2003 DVB-S2 was introduced,providing a 20% improvement over DVB-S. Since then, for almost 10 years satellite transmission bandwidth has been frozen.

As a result there certainly is more space in space.